This is the 6th year of the prize league and we have an exciting new prize structure.

In addition to the coveted FPL Vibes Prize League Trophy, Grand Prizes have been extended to the Top 10 placed finishers in the league. There are Monthly Prizes of a Club or Country Jersey, and this year we introduce all new Pop Up Prizes – Random gameweek prizes announced at a moment’s notice.

All entrants will be invited to the FPL Vibes Prize League Whatsapp group.

The 2017-18 Fantasy Premier League Season promises to produce more unique prize winners than ever before. Let’s see who has what it takes to dethrone current FPL Vibes Prize League Champion Juma Bridgewater to win the Grand prize. 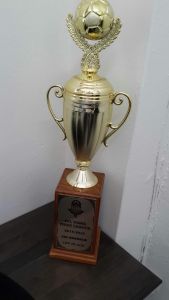 Tenth Place:   Official Club or Country Jacket of your choice

Strictly, league code will be provided via email upon payment of Registration Fee. No Fee, No Code. Please do not ask.

Can I enter more than one team?

Entering more than one team is strictly prohibited and will result in disqualification.

When will the prizes be distributed?

How will I be notified if I win a prize?

FPL Vibes Admin will notify you of prizes via your registration email.

What if there is a tie at the end of the month?

Contact us at fplvibes@gmail.com for any questions or further info.

Days until next Fantasy League Deadline